COVID-19 RESOURCE CENTRE: Access guides, infographics, and advisories to equip you with managing and operating your restaurant. Learn More

Visit our other websites:

Loh Lik Peng interview: How to ace the restaurateur-chef relationship

The hotelier and restaurateur behind Unlisted Collection shares his take on chef-restaurateur relationships, and how to stay out of the comfort zone.

Mention Loh Lik Peng, and salutations from the restaurant industry come a-knocking. The former lawyer turned hotelier and restaurateur is the CEO of Unlisted Collection, a multi-concept group that’s synonymous with some of the tastiest and trendiest venues across Singapore, London, Shanghai, Sydney, and more. Of his restaurants in Singapore, five are awarded Michelin stars: Basque Kitchen by Aitor, Burnt Ends, Cheek Bistro, Nouri, and Restaurant Zén.

Heading a team that has been credited with reviving (or, to adopt a trigger word, gentrifying) Singapore’s heritage spots, they’ve transformed the alleys of Chinatown and Little India into hip hoods that feed a whole new clientele. Partnering with a league of talented chefs, his restaurants serve as playgrounds for culinary innovation, as well as tributes to traditional roots.

Of course, as every restaurateur and chef would know, the meeting of minds and tastes doesn’t come without challenges. Over a video call, Loh chats with us about the importance of building a solid relationship, and the hands-off approach that has proven successful.

The relationship between a restaurateur and a chef is important in driving the success of a restaurant concept. Having worked with talents like Drew Nocente of Salted & Hung, Dave Pynt of Burnt Ends, and Rishi Naleendra of Cheek Bistro and Cloudstreet, and more, what are your top three tips for a restaurateur who’s embarking on a partnership with a chef?

1. Restaurants are a tough business. It can’t just be a hi-bye relationship. You have to have a more in-depth, profound relationship with the chef.

2. Transparency is seriously important. It can’t be a type of relationship where you’re the dominant information holder. You work with chefs as partners rather than just employees. One of the things I try to ensure in a very fundamental way is the transparency and equality of the relationship. A lot of people say you shouldn’t let your chefs know too much. I think the opposite. The more they know, the better they will be.

3. The integrity of the chef is important. The type of relationships you have with your chefs won’t work well if you can’t trust them.

What process do you adopt when it comes to aligning a restaurant’s culinary direction with a chef? To put it bluntly, how do you come out of a battle of egos alive?

You’ll be surprised — I hardly go to the restaurants. I adopt a very hands-off approach. I don’t do tastings, nor do I approve menus. I look at the finances and make sure they don’t blow a big hole and they’re sensible. I’ve never vetoed or approved a dish. There’s no ego in it at all. My interest in it is that they grow from a critical and personal point of view, and that the business remains healthy. I let them do their thing, and then I dine at the restaurant like an ordinary customer. Never as a critic or as a co-conspirator. I don’t take credit for the cuisine of the restaurants, to be honest.

Was this approach something you’ve always adopted, or is this hands-off way something that was cultivated over the years?

It’s from the very first restaurant I had, Restaurant Ember, at Keong Saik Road. Chef Sebastian Ng cooked, and I looked after the books. If I gave him any feedback at all, it’ll be from myself as a customer. I do this with all my chefs.

This approach has certainly reaped rewards, looking at the popularity of restaurants under Unlisted Collection. Would you recommend that more restaurateurs take this approach?

I think it depends. I’ll only recommend this to someone who knows what they’re doing. If you’re a total novice, I’d recommend you not do it this way. For most people who start out in F&B, they work with the chef and establish the concept they want to launch, and then you have to be very disciplined in rolling out that concept.

I’m an investor in people rather than concepts. It’s not something that will work for everyone. You know that you have a good chef who knows what he’s doing, and there’s no ego in the way he wants to execute. A lot of chefs come to me with ego trips. That’s a recipe for failure. They talk about doing some crazy concept where they have 18 courses, and charge $500… the success rate for those type of restaurants is miniscule. Those are generally the type of things I avoid.

But it’s not easy to do it this way, where you really give up all control. You can only do it if you have enough knowledge of how the restaurant will work in the first place.

You’re known to be a reviver of neighbourhoods like Keong Saik, Jiak Chuan, Telok Ayer, and more. Is there an undiscovered hood or a new gem that’s really up and coming in 2020?

The neighbourhoods I like tend to be where there’s a lot of local life that’s full of flavour. I love Arab Street and Kampong Glam. I’m slightly jaded by most of Chinatown. Little India is great. Most days, it feels like magic. It’s the real heart and soul of the city.

We’re really excited! Rishi Naleendra’s two other concepts, Cheek Bistro and Cloudstreet, are extremely popular and well-liked among consumers. Could you share a little about how your relationship with him began?

I first got to know him when I was dining at his old restaurant, MACA, at Tanglin Post Office. The restaurant was empty at the time, on a Thursday or Friday. I ate there and I was like, “Wow, this is one of the best meals I had this year, why is this restaurant empty?”

I went to chat with him and said, “I think you’re at the wrong place! If you’re ever ready to meet, come and see me”. I went to this place randomly, and realised that this chef could really cook some incredible food, but the restaurant was empty.

And that was how Cheek By Jowl (now Cheek Bistro) came along. We expected it to be a cool bistro that was casual, fun, and affordable — next thing, it became one of the most popular restaurants in Singapore. Next thing we knew, it got a Michelin star, and that kind of flipped the switch in Rishi’s mind.

Thanks for sharing. Restaurateurs and chefs definitely have one thing in common: You lot are risk-takers. Can you recall a time when you were forced to come out of your comfort zone?

I recommend you never be in a comfort zone. This is a highly competitive business that operates in thin margins, subjected to the whims of the consumer. Each time I open a restaurant, it’s never business as usual. You always have to be a bit paranoid. Every time I’ve been slightly complacent about something, I’ve fallen flat on my face.

One thing I’ve learned over the years is to never be complacent. There’s never a moment where I’m opening a restaurant and think I have all the answers.

A digital and print journalist turned content manager for brands that believe in the power of storytelling.

Create conversations and memories around your restaurant with our full suite of solutions. 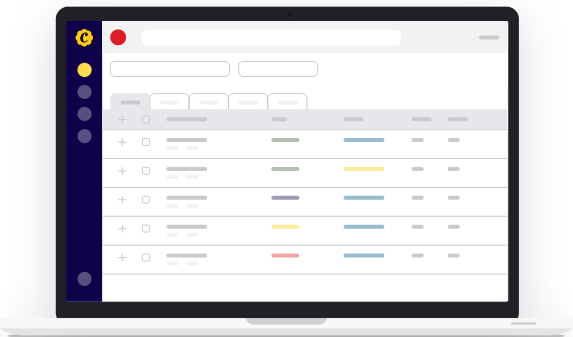